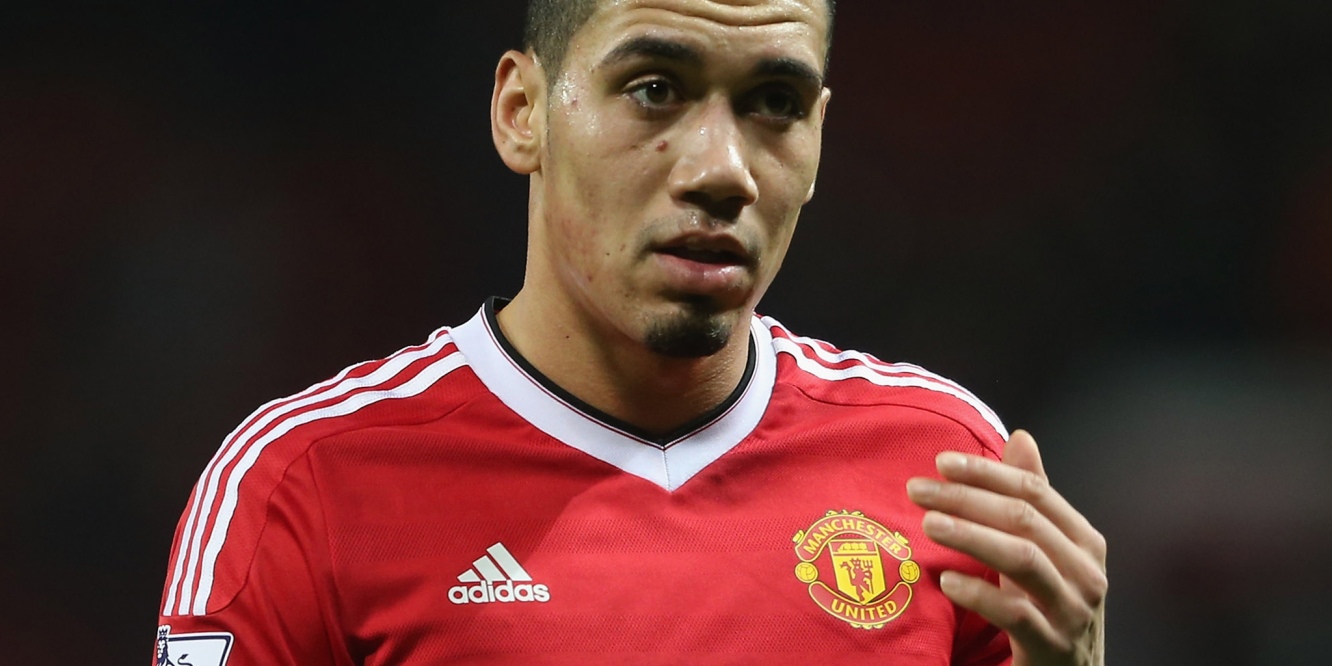 He had just been sent off in the 168th Manchester Derby and given Manchester City the edge in a match they had thus far been second best in. He was jeered off by both sets of fans. A rare site nowadays.

He proved the catalyst in a narrow 1-0 defeat to their local rivals. The Manchester United section went home cursing the Chris Smalling effect.

His first yellow card was needless, whilst the second bordered on career-suicide. That seemed to have guaranteed his departure from Manchester United come the end of the season – I was convinced of it.

Less than a year on from that day at Eastlands, his Manchester United career seems to have been restarted all over again. It was nothing more than a sharp learning curve, it seems. I’ve happily reconsidered my opinion of him since.

He has transformed himself from a nervy-lank into arguably the best performing defender of the English Premier League season so far.

He is Louis van Gaal’s go-to-man when it comes to defensive matters. He’s relished the task at hand without any qualms.

A Chris Smalling that seems to be growing in stature by the game is now marshalling a Manchester United defence that has been ridiculed since the heyday of a Nemanja Vidic/Rio Ferdinand partnership.

Louis van Gaal’s constant reminding of the process can be tiring at times, although he deserves praise for the development he’s overseen in Chris Smalling’s game.

Surprisingly, the Iron Tulip refused to accept any praise when questioned on the matter whilst suggesting the player himself was the one who took the initiative.

He said: “I think that the player when he does things, he does it always by himself.

“I help him with advice and demands, with training sessions, showing images to improve him.

“But he has to be open and he has to perform on the pitch. He does everything himself. The greatest compliment you need to make is to Chris, not to me.”

Per game – according to whoscored.com – he now averages at least 0.8 tackles, 1.2 clearances and an interception more than at any other point during his top-flight career.

He’s developed a bully-type presence when facing Premier League strikers – see Romelu Lukaku last week – whilst every ball crossed into the box seems to have his name on it.

However, a sense of elegance has also been added to his game.

He was renowned for being shaky on the ball. It always seemed like an earthquake was taking place between his feet. He’d receive the ball and get rid of it pronto. If he dared to venture from defence, he was odds-on to turn around and pass back to his closest ally.

Chris Smalling was no Franz Beckenbauer.

Nevertheless, a look at his passing stats since Van Gaal arrived on Manchester highlights a startling improvement in his all-round game.

Since the start of last season, he averages at least 18.6 passes per game more than at any other point in his career whilst averaging an 87.5% pass completion rate.

Evidence of his improvement is there for all to see.

Tomorrow will be the 170th Manchester Derby, and the first that Smalling knowingly heads into as a starter – barring any injury.

He’s a vital part of the backbone that has propelled Manchester United to the higher reaches of the English Premier League of late. He also grabbed a goal during the last meeting between both sides at Old Trafford in April.

The manager even talked him up as a future Manchester United and England captain this past week – further emphasising his sudden importance in the Dutchman’s eyes.

The boy from Greenwich has developed into one of Louis van Gaal’s most trusted confidants and he doesn’t seem to be looking back.