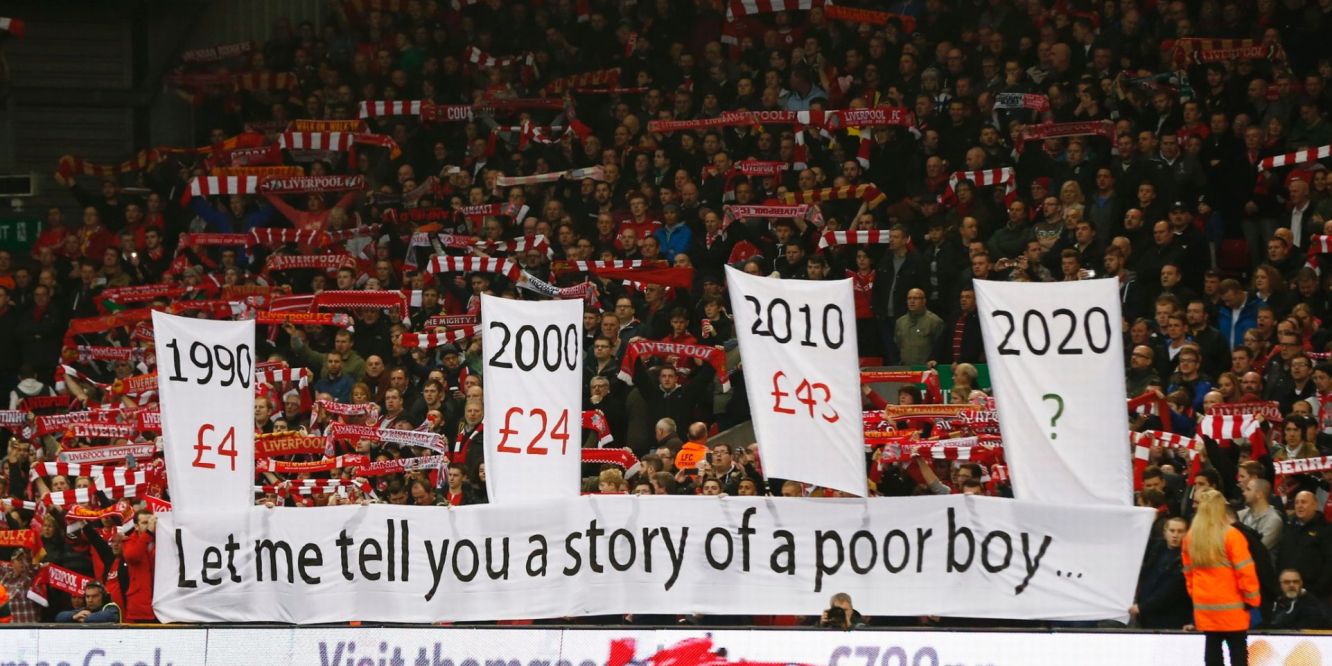 It doesn’t take much to make fans voice their opinions when they get disgruntled, be it with the owners, manager or players. If something isn’t right, it’s not long before we see a march to the stadium, a banner outside the club, a written letter to the board of directors or even a stadium walk out.

We have most recently seen the likes of Liverpool have ticket prices lowered as a result of a stadium walkout, whereas Charlton Athletic will have to see if the weekend’s ‘Coffin’ protest against the club’s owners comes to any fruition. But how often does the protesting actually work?

With the growing amount of money in the Premier League including a new £5-billion-pound TV deal, fans across the UK are sick and tired of paying extortionate ticket prices. For Liverpool fans, £77 was the highest priced match day ticket and it was simply too much. The Kopites staged a mass walkout during their home game against Sunderland during the 77th minute and got their reward. The club Fenway sports group who are the club’s owners lowered the price to £59 and issued a statement of apology. Since then the Premier league has put a cap on prices for match day away tickets at £30. Score one for the fans.

The start of the 2016/17 season will see the television money of La Liga split fairly for the first time. With Spanish clubs negotiating their own deals in previous seasons, Real Madrid and Barcelona would take home the lions share, leaving the other La Liga clubs fighting over the scraps. In 2012 this became too much for Seville fans, who had a home match against Levante delayed, so that Spanish broadcasters could show a post ‘Clasico’ press conference. In protest of their treatment, Seville supporters bombarded the pitch with tennis balls. It has taken years to click but finally we will see a more even split of finances amongst Spanish clubs.

During a champions league game in 2010/11 season, the famous Ajax VAK410 waited until the 14th minute (club legend Johan Cruyff’s number) before taking their seats against AC Milan. Supporters of the club were unhappy at having to fork out 80 euros for a ticket. Banners read ‘against modern football’ as the spectators expressed their views. Unfortunately, the protest didn’t work as UEFA fined Ajax for misconduct and prices remained just as high.

During a derby between Swedish giants AIK and Djurgarden in 2011, supporters of both clubs remained in total silence for the first 10 minutes of the game. The fans were protesting against the Swedish FA who had warned that attending football matches could be dangerous and wanted to prove just how much live games would miss the supporters. Such was the silence, you could hear conversations between players. The FA never a blind eye and didn’t really take any notice.

It was always going to be a difficult job to replace Sir Alex Ferguson. David Moyes endured a torrid time at the club and was a dead man walking for much of the campaign. Fans were so unhappy with performances at the club, they flew a plane over Old Trafford during a game with Aston Villa, costing £840 with a banner reading ‘Wrong one – Moyes out.’ The Scot didn’t last till the end of the season and was sacked with three games remaining.

During a relegation six pointer between Blackburn and Wigan in 2012. A 23-year old Rovers fan Anthony Taylor released a chicken with a Blackburn flag wrapped around it onto the pitch. It was a clever move as fans were unhappy with the club owners Venky group who, had made their money, you guessed it, by poultry. Things didn’t get better for the club as they lost the game and were relegated to the championship, with the same owners still there.

With Brazil set to host the 2014 World Cup, masses of public funding was used to build new and adequate stadiums. Brazilians were unhappy considering some of the more pending issues in the country such as housing and schooling, were often ignored. Brazilian authorities ended up firing tear gas during riots in Sao Paulo and Rio De Janeiro. There were continuous protests during the tournament, which also saw the ITV studio windows receive a battering. From a footballing perspective it was a massively successful tournament but the protests did very little in terms of funding change

Luis Figo was labelled Judas after his transfer from Barcelona to Real Madrid in 2000. The Portuguese star had spent five years at the Nou Camp and was a firm fan favourite. That love turned to hatred during the Clasico in Barcelona, though, as amongst all the booing and missiles Figo received, he also had a pig’s head launched at him whilst taking a corner. Figo never complained about Barcelona fans afterwards and really kept his Poker face to remain cool. The Referee suspended the game for 13 minutes, fearing for the safety of the players.

Football supporters are such a key part of the game and make for the whole dynamic of how the game is played. With the game always changing it will be fascinating to see what else supporters have up their sleeve.