It is no surprise that football is a family game. We have often seen, fathers, sons, brothers and cousins all playing professionally. But it is an incredibly unique occasion when a family is united on a pitch. Or pitted against each other even. 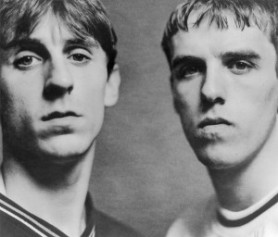 England’s modern full-back brothers. Both are part of the famous Manchester United Class of 92. The two brothers enjoyed massive success for the Red Devils accumulating 15 major honours between them, as well as amassing a total of 144 England caps. The two brothers did come up against each other, in the Premier League, when Everton would take on United, however it was Phil who arguably won that battle, scoring against his former club. It is not only on the pitch where the brothers have come together in football. Phil was Gary’s assistant during his ill-fated spell as manager of Valencia. The pair are also co-owners of Salsbury football club, where they grew up. They own the club along with fellow 92 members, Ryan Giggs, Nicky Butt and Paul Scholes. Both recently teamed up during an ill-fated period as part of the Valencia management team. 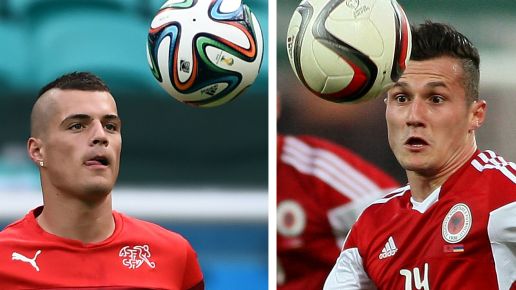 The two brothers have taken different paths in international football. The pair were born in Basel, Switzerland to Kosovo parents. However, the two made different choices in which national team they would represent with Taulant the older of the pair playing for Albania, whilst Granit decided to represent Switzerland. The two had to put aside family connections as they recently played against each other at Euro 2016. It was the first time the two had played against each other, and it was obviously a difficult game for the pair. Granit recently admitted that they were not only brothers but also best friends. Even their parents didn’t know what to do as their mother Elmaze Xhaka wore a half- and- half jersey.

Although the pair have only recently reconciled. They are both World Cup winners and arguably the most famous pair of English footballing brothers. Bobby was the leading goal scorer for England and was playing for Manchester United when the brothers took on West-Germany in the final. Jack meanwhile was playing his trade for rivals Leeds United. The two were brilliant at the tournament, with Jack in defence and Bobby upfront. Despite the two being footballing legends, the two had a very open family feud. Thankfully for England fans, the difference they had never affected them on the field of play.

The half-brothers have competed against each other many times before. With both having played their trade in the Bundesliga the pair coming up against each other is no surprise. But it is an international level where things got contentious. Kevin-Prince played for Germany up until under-19 level, however, things got nasty when he took an ill-fated night out on the eve of a tie with England. He was banned from playing and decided to switch his allegiances to Ghana the place of his father’s birth. Jerome meanwhile was managing to establish himself as calm versatile defender, managing a call up to Germany’s World Cup squad in 2010. It was at the tournament where the two first met at international level. Kevin-Prince was already a pantomime villain having effectively managed to end Michael Ballack’s international career. He was German enemy number one, when they played Ghana in the group stages. Luckily there was no drama between the two, as they swapped shirts at the end of the game. The two have definitely had different careers, with Jerome now looking to claim a European tournament with Germany, whilst Kevin-Prince is struggling to make an impact in his second stint with AC Milan.

Eidur Gudjohnsen is certainly the star of the two. He made his name playing for some of the top clubs in Europe. Barcelona and Chelsea just to name a few. But it was twenty years ago when the Gudjohnsen family, completed a full circle. It has been twenty years, since the two became the first ever father and son duo to represent their national team in the same game. It was a symbolic moment in 1996, when it appeared the Gudjohnsen baton had been handed down a generation. Arnor said it was his ‘biggest wish’ to play with Eidur during an Iceland game.

It is certainly a fantastic sight, seeing family members represent the same team or nation. Similarly, it is brilliant to see the intensity between two siblings competing against each other. It testament to the fact that football runs through family.