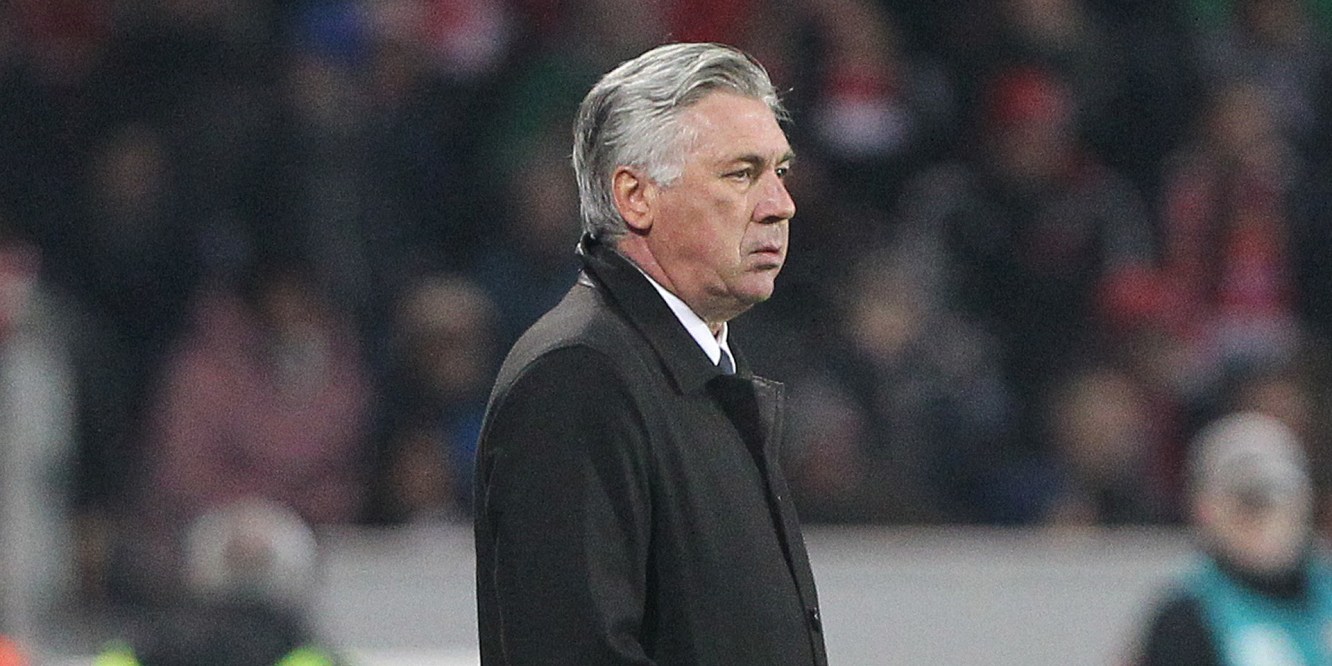 Imagine being the only manager in history to win three UEFA Champions Leagues, also having won the domestic league and cup in Italy, Spain, England, Germany and France. Yet, the one thing people remember about you most, is your eyebrows… and a non-speaking cameo in Star Trek.

Carlo Ancelotti, arguably one of the greatest managers of all time, has won everything there is to win in a managerial career spanning 23 years. He has managed eight clubs, from the great UEFA Champions League winning AC Milan sides of 2003 and 2007, to a Chelsea team which achieved a new points record in the Premier League, and was the mastermind behind Real Madrid’s famous La Decima achievement. But even after all that, a Bundesliga title and DFL Supercup win was not enough to keep Don Carlo on his Munich throne.

Carlo Ancelotti has been unceremoniously fired by Bayern Munich after finding themselves five points behind early Bundesliga pace-setters, Borussia Dortmund, and three points behind PSG after an embarrassing 3-0 rout at the hands of Dani Alves, Edison Cavani and the world’s most expensive player, Neymar.

Bayern Munich have high standards, higher expectations, and if Frank Ribery and Arjen Robben’s reaction to almost anything less than 100% success are to be believed, even larger egos. Former manager, Jupp Heynckes, has been confirmed as manager until the end of season, and this seemingly continues the intended plan that Ancelotti was to step down two years into his three-year contract, to be replaced by Julian Nagelsmann, as was recently discussed on 5Live’s Euro Leagues Podcast.

High-flying Hoffenheim manager, Julian Nagelsmann, clearly doesn’t understand the concept of subtlety, and has spoken out and admitted: “FC Bayern does play a big role in my dreams. I lived in Munich for many years and I am from Landsberg am Lech. ​That is my home. ​My wife and my kid will move to Munich soon, we’re building a house there. FC Bayern would make me even happier. It makes me happy, when someone like Uli Hoeness, who made FC Bayern so huge, thinks highly of me.”

Nagelsmann has made his intentions clear. And Carlo? Well, he doesn’t really seem to care. Ancelotti said: “Now I am on holiday and will be for about 10 months. I don’t want to come back earlier than that but inside I still want to coach every single day, therefore I don’t think I would join a national team. I respected all of them, but as a manager I have to make choices to put 11 on the pitch and seven on the bench. It is up to each player’s intelligence to accept my choices and up to the club to back its manager.”

Ever a man looking somewhat perplexed with one eyebrow always raised, Ancelotti doesn’t seem that surprised or that bothered about his sacking. Instead, he seems more focused on spending his time relaxing and enjoying life, than rushing back into football and exploring what went wrong in Munich.

Carlo is an easy target to blame for Bayern’s perceived failure, but perhaps the lazy choice. Bayern Munich have had issues for quite some time, and continue to have the same problems that have pestered the club for a number of years. Robben and Ribery are yet to be replaced with viable alternatives despite a respectable season for Douglas Costa (currently on loan at Juventus with an option to buy), and promise in the form of Kingsley Coman. Bayern were a club looking to lower the age of their squad with Pep Guardiola at the helm of their preverbal ship, but the ex-Barcelona man continued his pattern of short tenancies, leaving Munich after just three seasons.

Bayern have attempted to replace the likes of Xabi Alonso, Phillp Lahm and an injured Manuel Neuer (out until 2018 with a broken foot). Ever the team looking to transfer windows seasons in advance. Bayern have attempted to bring through youngsters, and have success stories in the form of Joshua Kimmich, who emulates Lahm’s versatility if nothing else, and highly-rated Niklas Sule from Hoffenheim, but have still failed to find successors to big names in the squad.

This season Bayern have brought in the very promising Corentin Tolisso from Olympique Lyonnais, in a position they are already well-stocked in, with the former Lyon man finding himself competing against the likes of Arturo Vidal, Thiago Alcantara, Kimmich, Javi Martinez and even Thomas Muller at times. Bayern are team that need to transition, but don’t seem to know quite what it is they wish to become. Guardiola has his men well drilled and expertly informed going into games, focusing on dominating possession and pressuring the opposition. Ancelotti is very much the opposite of that, preferring his teams to be free in attack and express themselves on the pitch. Ironically, a complete juxtaposition to that of his Parma days, where the former Italian international rejected a chance to sign Roberto Baggio (a decision he would later regret), due to a belief the player would not fit into his rigid 4-4-2 formation.

Guardiola was always going to be a hard act to follow by any standard, and especially when replacing him with a manager that has such a different approach to leading a team. Bayern are a club that believe they are bigger than paying the ludicrous transfer fees required for today’s superstars (but may have to pay up to £70m should Renato Sanches reach his potential), and have made some odd choices both managerially, going from one extreme to another in the form of Pep’s micromanagement, to Carlo’s more relaxed, free flowing, organic style.

Former long-standing Die Roten right-back, Willy Sagnol, took over as interim manager for all of about ten days, after doubts remained over his ability to lead Bayern Munich at the top-level with his previous domestic management experience limited to spell at Ligue 1 side Bordeaux. He was in charge for the one match alone, a 2-2 draw at Hertha Berlin, and has now been replaced by Jupp Heynckes, who takes over for the fourth time in his career (Second as caretaker), and will likely be succeeded by Juliann Nagelsmann, or another in-fashion name (Thomas Tuchel). Regardless whoever takes over Bayern’s revolution, they will have a long haul ahead of them, and a lot of pressure. Nagelsmann is wanting and waiting, but for now Heynckes has the burden to bare.

Bayern are seemingly a team finding themselves increasingly in the headlines for various reasons. From their attitude to transfers, perceived failure to perform both domestically and internationally, and more recently due to lack of foresight with regards to management and some continuity in their style of play. Going from a ruthlessly drilled Van Gaal, to the brilliant performances of Heynckes, to a borderline anal attention to detail with Guardiola, then flipping to the relaxed almost laissez faire attitude of Ancelotti, and finding themselves once again with their first treble winning manager Heynckes. It could be argued that Heynckes should never have left Bayern in the first (second or third) place, but hindsight is a wonderful thing. The now four-time Bayern man will undoubtedly steer the unsteady Bayern ship out of it’s uncertain storm, into safer waters, so a new captain may succeed where others have been deemed ‘unsatisfactory’ in the eyes of the Bayern board and their ever expecting fans.

Either way the future will be interesting for Bayern Munich, and entertaining for the rest of us. The only person that doesn’t seemed too interested? Well that’s Carlo Ancelotti, with his eyebrow officially lowered.

One Reply to “Auf wiedersehen, Carlo”