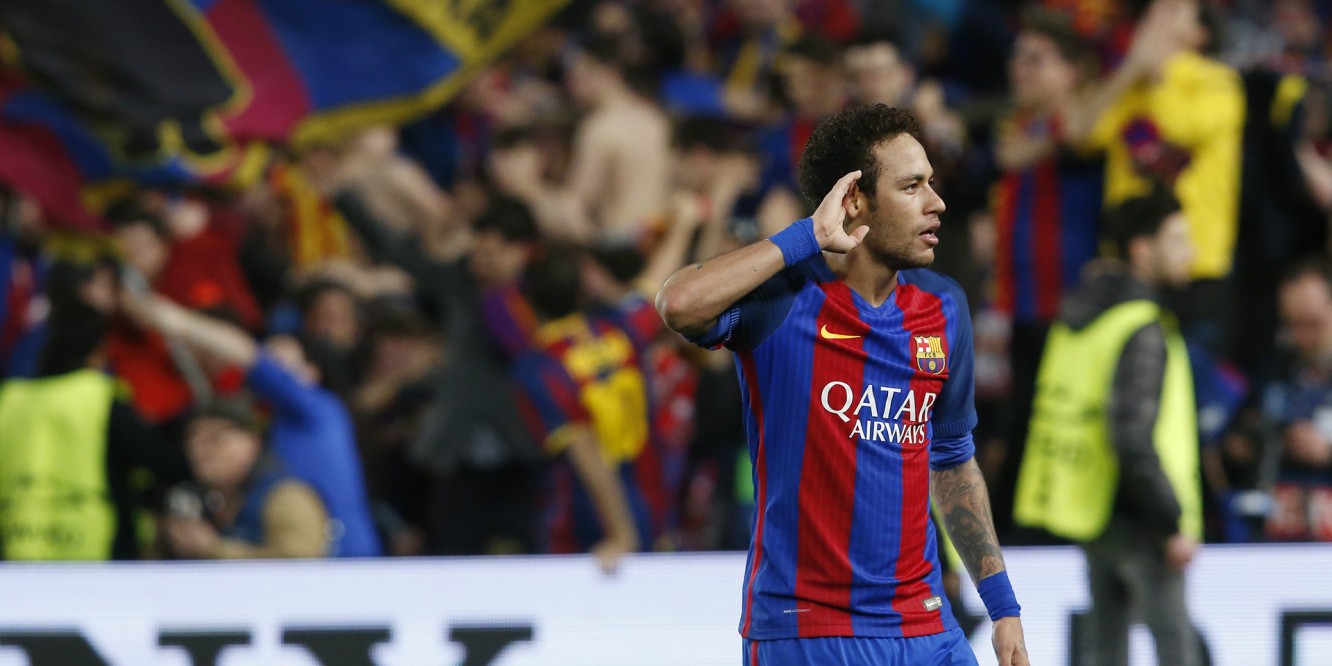 Football, a funny old game. Over the course of the year, your team suffers highs and lows – one more so than the other depending on where your allegiance lies. Your team may finish 2017 in a better state than they started it. Or a player you used to adore may now be hated in your household, having signed for one of your closest rivals. Here are our highs and lows over the past year – if you disagree, feel free to leave a comment below.

Having punctured the Barcelona juggernaut by dispatching them 4-0 in the first leg, PSG headed into the return leg in confident manner – overly so, perhaps. Luis Enrique’s Blaugrana set about clawing back the deficit. Everything seemed achievable when leading 3-0 after a 50th minute Lionel Messi penalty. That was until Edinson Cavani grabbed a crucial away goal on the hour mark that should have all but buried the match. But PSG crumbled. The Barcelona beast was awoken, with Neymar, not Messi, taking the bull by the horns and pulling his team past the Parisians. It was Sergi Roberto who grabbed the winning goal five minutes into added time, but it was Neymar who deserved the accolades. The ramifications went deeper than the UEFA Champions League campaign. Neymar subsequently joined PSG as they paid his release clause, and the rest *might* become history…

Where do we start? Having scoured through goal footage of all sorts, it all depends on your personal preference. If you prefer the acrobatic type, look no further than the Emre Can goal against Watford, Olivier Giroud against Crystal Palace at the Emirates or Fernando Torres against Celta Vigo. A halfway dipper? Memphis Depay against SK Viral. Skilful goals of the highest individual order? Try this Bergkamp-esque by Partick Schick or Luis Suarez against Atletico Madrid. Nevertheless, we’ve chosen this Chelsea goal taken straight off the training ground and finished by Diego Costa. Outstanding.

Romelu Lukaku had his fair share of near-misses, Dele Alli hit the post despite rounding the keeper, whilst Cristiano Ronaldo had a couple of must-score misses as well. Yet, as for having the time and being centre of the goal as the ball arrived at his feet, Lyon’s Mathieu Valbuena takes this one whilst 1-0 down at home to Lille.

No doubting this one. By guiding his Monaco team to Ligue 1 glory and the UEFA Champions League semi-final, eventually losing out to Juventus, Kylian Mbappe strides away with the gong. His twenty-three goal tally boosted Monaco’s performances to higher peaks than imagined. This subsequently lead to a protracted loan move to PSG, with a £166mil price tag awaiting him next summer.

If not for the end product as yet, but for the sheer audacity, it has to be Neymar’s move from Barcelona to PSG. He rattled one of Europe’s elites upon completing the move, choosing to rub Barça’s reputation in the whole saga. True, there wasn’t any sort of respect shown here. But Barcelona have no right to cry wolf. They, along with the rest of Europe’s elite clubs, have courted players in exactly the same manner for many a decade. The shock here was the fact they were on the receiving end this time around.

Transfer fees are extortionate, we all know this by now. Therefore, we’ll attempt to look at the player’s impact with this one, instead of the price-tag alone. We’ve gone for Davy Klassen and his £23.6mil move from Ajax to Everton. The blame doesn’t lie at the player’s door alone, as the Everton transfer strategy seemed skewed throughout the summer window. Having signed in mid-June, then manager Ronald Koeman and Everton Director of Football, Steve Wright, kept on chasing number tens in his mould. Truly mind-boggling scenes came to a head when the window closed and Everton found themselves with five central attacking midfielders – and no striker of note. The former Ajax captain may come good, but for now he seems like a flop.

David Moyes upon joining West Ham: “I think I’m capable of doing the job at any club in the world so I’m sure I can do it at West Ham.”

Did I just hear that? Less said about that, the better.

Scenes. Final whistle goes, Bristol City supporters swarm the pitch while manager Lee Johnson catches his breath after doing to José Mourinho what he did at Old Trafford all those years ago. This was Bristol City’s first triumph over Manchester United since 1978. They can now look forward to a two-legged semi-final against Manchester City.

Once again, it depends on your preference. José Mourinho, despite complaints about his football, grabbed two trophies in the League Cup and UEFA Europa League. Is it performances or trophies you prefer? I know which one I’d pick. Antonio Conte and his famed three at the back ran away with the 2016/17 Premier League, whilst Pep Guardiola, despite not winning any accolades in 2017, has his Manchester City team rampant this season and will certainly be up there for 2018 if he carries on in the same manner. Elsewhere, you have Massimiliano Allegri winning the Serie A and reaching yet another UEFA Champions League final with Juventus, Leonardo Jardim with Monaco or even Brendan Rodgers and his unbeaten Celtic – despite the league being on par with the English Championship. Our choice in the end was Zinedine Zidane and his riotous Real Madrid side. La Liga winners, a second consecutive UEFA Champions League, Spanish Super Cup and Club World Champions. So close to being a full house.