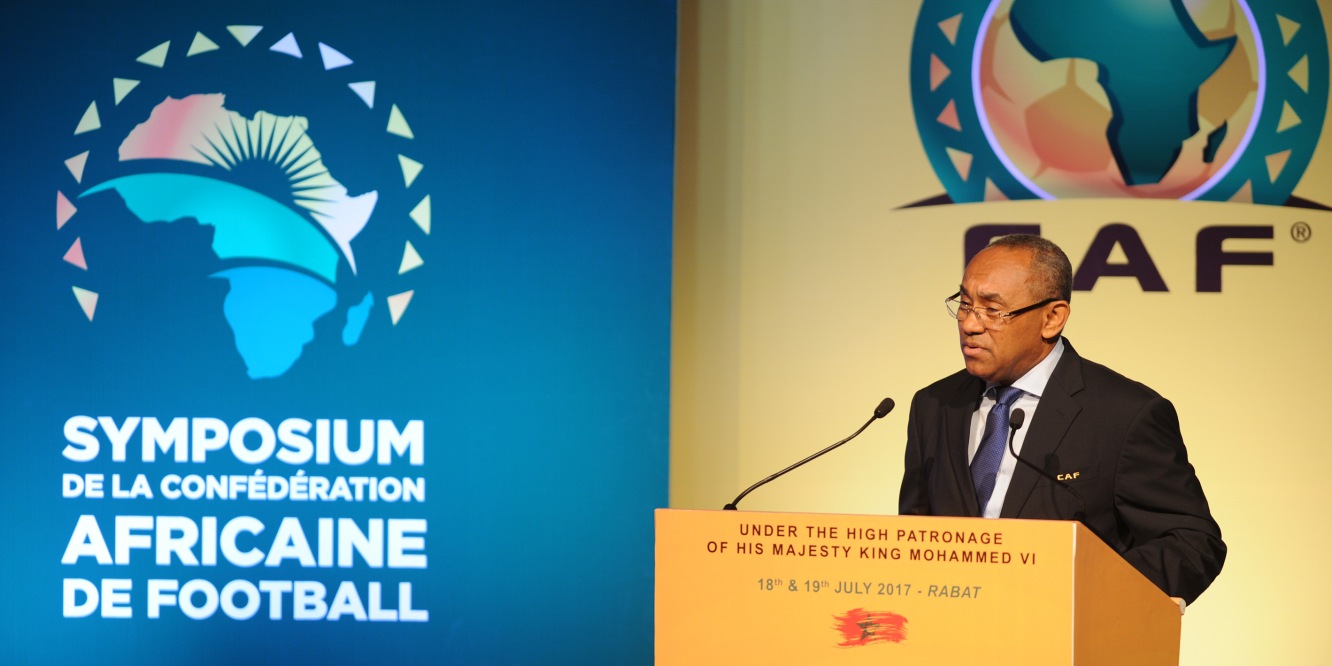 For the first time ever, the Confederation of African football, (CAF) has organised a two-day symposium to focus on women’s football around the continent. The Moroccan city of Marrakech is the destination for this ground breaking event. In attendance was the president of CAF, Ahmad Ahmad, FIFA’s Secretary General, Fatouma Samoura, and head of women’s football who is a representative of their respective countries together with players (current and former), journalists, administrators and coaches.

For a long time, female footballers have been struggling to get themselves heard and get CAF to listen. A lot of challenges have repeatedly been shared across from administrators, players, coaches, fans and journalists who follow the women’s game. Insufficient remuneration, inadequate facilities, and lack of media coverage are some of the draw backs facing female footballers in Africa.

The president of CAF, Ahmad Ahmad, hopes that all these will come to pass as he officially launched the symposium on 5th March 2018. The theme ‘Raising our game’ was accompanied with several other key elements that the event set to discuss including; sponsorship, competitions, governance, media, and the expansion of the women’s game. Seven groups at the symposium assessed each of the mentioned factors and provided recommendations on how to tackle these issues in uplifting the game. Here are some:

Sponsorship is one of the biggest challenges for women’s football across the continent. Poor match attendance, the absence of a stable league; lack of branding and poor viewership on television has made it difficult for women’s football to draw sponsors. To counter this, the workshop suggests that women’s football should develop its own independent and unique brand away from men’s football. This enables the women’s game to have its own identity and not cling to the popularity of men’s side to establish themselves.

The implementation of sponsorship deals should be done in a way that suits the needs of each and every individual country spearheaded by the respective member association. Hence, a structural process needs to be in place to enhance the participation of girls into football. The grass root level involving schools should provide a consistent league system that encourages participation. The government should also promote women’s football through articulating its positive impact which will help in doing away with the social norms surrounding women and football.

The second level involves sports clubs and their responsibilities in sponsoring and fostering women’s football. Clubs should invest in women’s football teams and see them as entities that would contribute to the success of the club. Usually, a women’s football team is viewed as a competitor to the men’s team that doesn’t deserve investment thus little or no attention is given to them. As such, clubs should also incorporate the aspect of broadcast. Let them include broadcast rights within their contractual agreements as a means to sponsor the game and also provide exposure and media coverage.

The third level deals with government intervention and prize money. Female footballers have long complained about insufficient remuneration. Recently, eight time African champions, Nigeria, had to put up with a strike after the Women’s African Cup of Nations competition in Cameroon (W-AFCON) stating that its federation, Nigeria Football Federation (NFF) had backtracked on their responsibility to pay them their dues.

The workshop recommends that: proper incentives be distributed on football teams, tax exemption be actualized for brands that sponsor women’s football in encouraging them to come on board, local brands be the focus so as to spark interest in girls and women to watch and follow the women’s game, financial aid from FIFA, CAF and government be properly invested in women’s football and proper infrastructure be maintained for the women.

Women’s football in Africa doesn’t get extensive coverage across various media platforms. To counter this, a shift is required in mindset amongst the government, media and fans. Financial muscle into women’s football, effective marketing of events and competitions, enhancing the teams’ social media presence through dedicated accounts, appropriate facilities and equipment in stadiums when covering women’s football will attract the media to invest.

Women should be involved more in the operations within football to facilitate inclusivity and interest amongst aspiring girls and women. This can be achieved in the following ways: female representatives should be integrated within executive boards in member associations to be part of decision making, more women to be put in the workforce as coaches, referees and administrators, highlight the role models in the women’s game, assign ambassadors to assist in the promotion of women’s football, build a network of supporters who constantly follow the game to help in increasing stadiums attendances and television viewership and the use of social media to promote the women’s game.

CAF president Ahmad Ahmad is clearly intent on upgrading women’s football across Africa. In his opening speech, he boldly articulated his vision and called for people to commit themselves in promoting women’s football. He assured that his leadership would seek to support mass practice of women’s football and initiatives from local federations in the empowerment of girls and women.

He also challenged the continent to view women’s football as a new opportunity to stimulate plans that facilitate a new way of doing things. He pointed out that resolutions arrived at should be binding.

The two day summit concluded with the establishment of CAF Women’s Football department as the First Lady of Liberia, Clar Weah was appointed the Ambassador for women’s football and Nathalie Rabe of Madagascar the new Communications Director of CAF.

View all posts by Agnes Amondi