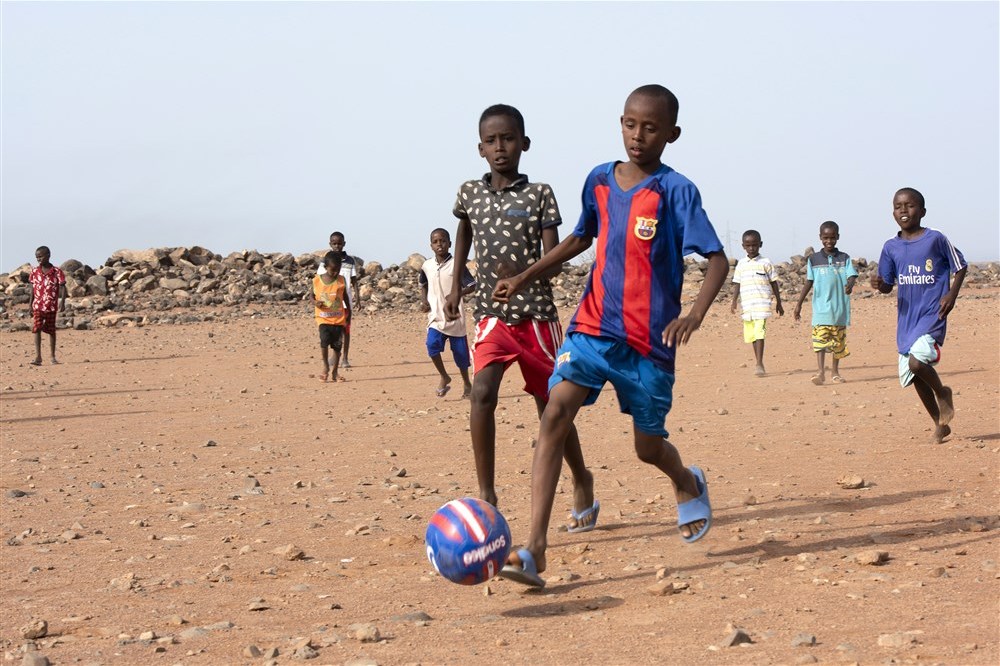 On a sunny Monday morning at Belgravia Sports Club in Harare, grass glistening from the sun’s intense rays hitting the remaining dew drops that kissed the surface so delicately, a hundred or so youth players gathered for what could be a once in a lifetime opportunity. Word had spread that West Bromwich Albion would be sending one of their youth team coaches for a week-long programme that could potentially see a few of these players receiving the chance to impress on a bigger stage at the Hawthorns. Occasions like this do not come by often, so the mandate was clear: perform well and be noticed.

For many, especially those between the ages of 14 and 19, the journey here has been a difficult one. Waking up at 5:00am is imperative to ensure that they beat the early morning traffic that greets the streets of the Harare central business district. Spending just a dollar for transport almost feels like a selfish act, their parents or guardians struggling to earn a basic salary, but they too understand the importance of this occasion. The potential life that their son could have, living abroad, could be brighter than the beaming sunshine that greeted them on that very day.

There are also those that do not meet the criteria for the programme, above the recommended age of 19, who know that the window of opportunity is closing, and this could be their last chance at a new beginning for themselves and their families. Speaking to one of these players, who plays in the under-23 side for one of the top teams in the Zimbabwean league, you could sense the anxiety in his voice. “I know that my chances are slim here, but why not try and see what happens? Playing at my current club almost feels pointless. The coach rarely watches us, and most of the time, the club resorts to signing ready-made players because we are deemed unprepared for the first team.”

I noticed that he was wearing a Tottenham Hotspur jersey. “It was a gift from my uncle. I’ve supported them for a few years now. It would be wonderful to play for them one day.”

The connection between the African continent and the glitz and glam of the Premier League is a religious one. The colours of the top teams, with some interesting variants of green for Chelsea or yellow for Manchester United, are brandished by fans at the local bars or on the dust pitch. For some, the Premier League is all they know; mention Didier Drogba or Michael Essien and see the sparkle in their eyes, like a proud parent.

The Premier League is a welcome escape from the ongoing harsh economic climate that seems to eat away at a better future for many. Currently, poverty in Africa is an illness that cannot be cured, and unfortunately, a blind eye is cast to what has become the norm for the greater population, a population brimming with potential.

For those that do not receive the opportunity to attend university and graduate to increase their chances at a better standard of living, or have wealthy parents that can support their endeavours, football is their last resort and hope. The development and growth of African football has largely been unsuccessful, with revenue streams from television rights and advertising almost at a pittance. Playing locally is not enough; the potential earnings that the players could receive are almost laughable compared to what they could earn from playing abroad.

This coming week, Liverpool’s Mohamed Salah will be vying for the top spot against Cristiano Ronaldo and Luka Modric at The Best FIFA Football Awards. Being recognised in the same breath as superstars such as Ronaldo and Modric is enough for the African continent to feel a sense of pride irrespective of the result. Who would have thought that the man struggling to break into Jose Mourinho’s Chelsea side between 2014 and 2016 would be a shining beacon for African excellence in the hustle and bustle of the English game?

Salah’s season was a joy to behold. With a tally of 42 goals, a Champions League runners-up medal and the PFA Players’ Player of the Year Award, the Egyptian showed his undeniable qualities in every match more often than not, and was a vital part of Liverpool’s energetic attacking fluency. For those that still harbour the hopes of playing in the Premier League, his achievements still give them the belief that they, too, could be standing tall with the very best that the world can produce.

Stories of youth players taken abroad by unscrupulous agents are never too far from the news. The human trafficking of these players is made easier due to the naivety and desperation of these youths, most of them blinded by the bright lights that greet their hopeful eyes from the persuasive words of dubious middlemen. They are told that life abroad comes with well-paid contracts, fast cars and lavish lifestyles, but all they experience is heartbreak and broken promises.

To these agents, I ask you: have you no shame or semblance of emotion?

From the slums of Nepal to the heat of Turkey, the journey to the Premier League can be a gruelling and unforgiving affair. Many do not make it, left to fend for themselves, some resorting to a life of winning prize money in small knockout tournaments. Or worse, crime. With no hope of achieving their lifelong dream, they would rather re-apply yearly for their visas than make the journey back home where they could be ridiculed for not achieving what they set out to do.

That is why success stories such as Salah’s allow us to celebrate the positive side of the foreign experience for African footballers; all is not doom and gloom. The African continent wants its people to be seen as more than just a commodity, their humanness embraced and acknowledged. For the desperate African child who has suffered at the hands of inequality, who cries at the thought of another day without food or running water, Salah has shown us that there is indeed an escape from the harsh realities. The Premier League player market is saturated with footballers from across the globe, and many African youth players are not afforded the opportunity to showcase their talents so when one of Africa’s finest are recognised, the continent ululates and cheers them on.

Walking away from Belgravia Sports Club after the week-long programme in Harare, the sun setting as players from different walks of life smile and embrace the common language of football, it was a shame that many of them had to return to a life that they wish was not their own. At least they have Salah to be their symbol of aspiration for a better tomorrow.