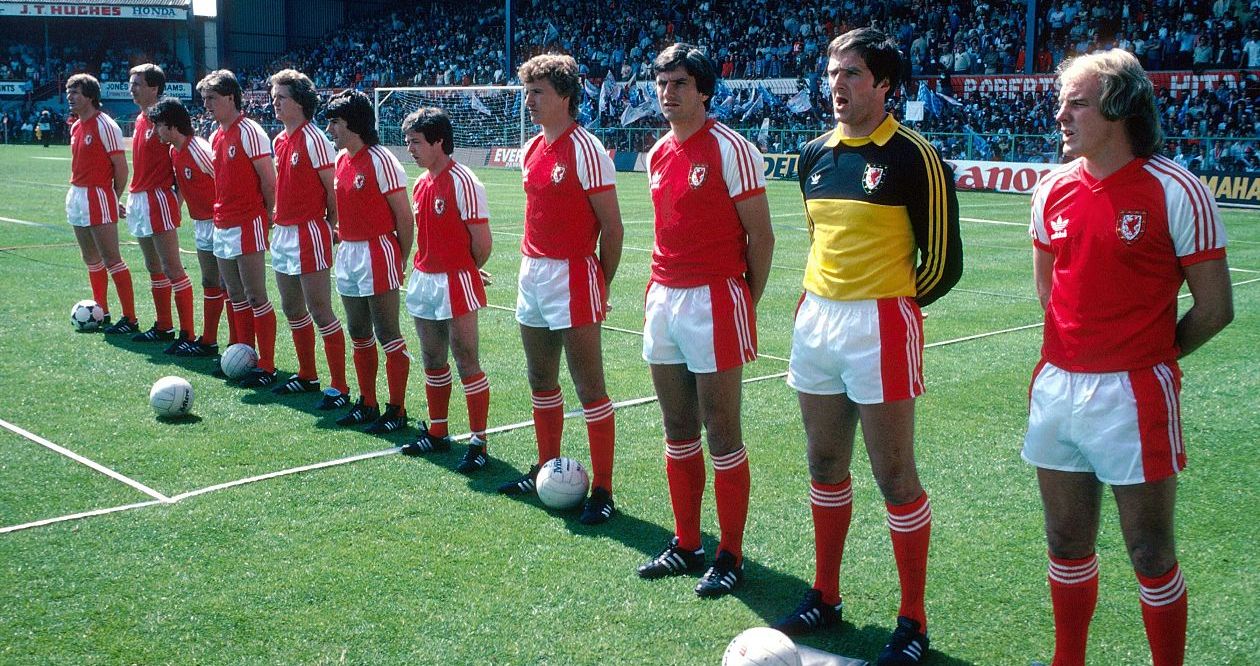 This week a gentleman who I got to know on a personal level sadly passed away. On numerous occasions I met Dai Davies, the former Wales international goalkeeper, who played his club football for Everton, Swansea, Wrexham and Bangor City – and yes, there are many stories to tell.

I first saw Wales play back in 1973. It was at the Racecourse ground against Scotland, where Gary Sprake was in goal. Dai made his debut away against Hungary in April 1975 before going on to achieve 20 clean sheets in 52 appearances. Dai would only miss six out of the next 57 Wales matches.

By the time of the World Cup qualifier against the USSR at the Racecourse in 1980, I was old enough to attend the match by myself having also been to some friendlies against Northern Ireland and West Germany the previous year. Dai played in the USSR match, whilst another game I attended in which he played was the ill-fated floodlight failure match against Iceland at the Vetch in October 81. We drew 2-2 after being two-up before the floodlights went out. Dai retired from international football in 1982.

I can’t remember the exact year, but I was still in school and attended a football competition at Eirias Park, Colwyn Bay. Dai was in attendance doing some coaching. If you weren’t trying or interested he’d tell you in no uncertain terms. Later on I read his book called ‘Never Say Dai’, it was a great book; honest and funny and you came to the conclusion that he was a very determined character.

Despite his excellent displays at international level, he was sometimes criticised at club level unfairly in some quarters by dropping some crosses and was called Dai the drop but he always overcame the sceptical ones.

I then met Dai in a hotel in Villa Real, Portugal after the Wales friendly in Chaves. All the players and media were present and I was steaming to say the least. I introduced Dai to my friend as Dai the drop and to put it mildly he went ballistic. I made a hasty retreat.

Our paths crossed again when I was called to be a studio guest on the S4C football show ‘Sgorio’ alongside – yes, you’ve guessed it – Dai Davies.

He was already in the make-up room when I had to sit next to him to get my make-up done. He offered his big hand out to say hello and he said “have we met before?”. I said yes but I don’t want to tell you where, he smiled and said “oh, go on” – I preceded to say “nah, forget it”, he said “go on, I won’t bite you..”

I was thinking to myself “do I tell him?”, the whole night could then be a disaster, he could go ballistic, I then plucked up some courage and said “I called you Dai the drop in Portugal.”

It’s at this point he stopped the make-up woman, got up and gave me a big smile, laughed and shook my hand, “at least you told me to my face” he laughed.

Before, during and after the show he was the ultimate gentleman by guiding me through the night and telling me anytime you want some help or advice to just ask. That night summed him up – gwr bonheddig, a true gentleman.

We met on numerous occasions after that at Welsh Premier League games and he was an FAW guest at Cefn Druids when they started touring the country to meet fans; he was an excellent guest and had many a story to tell.

Sadly, the last time I saw him was a chance meeting in Llangollen. I’d stopped on a cycle ride in a shop and brought my bike inside the store. Dai was inside shopping and we greeted each other, but things took a turn for the worse when a shop assistant got angry about my bike being in the shop.

He came to my defence told me take my bike out and he duly paid for my goods, we then had a sit down outside putting the world to right. He asked if I wanted anything as I was far from home.. That is the final time I saw him and as usual he was a true gentleman.