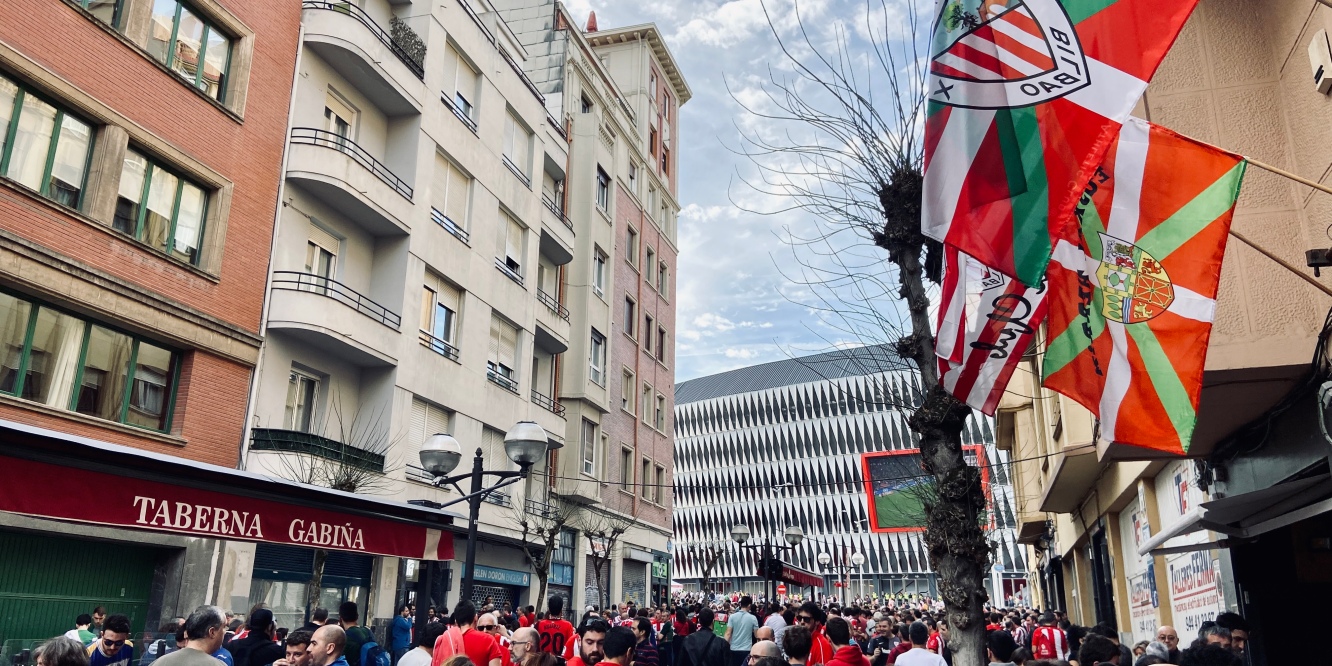 Athletic Bilbao came close to a major early season La Liga boost last weekend with only a late equaliser by Barcelona’s Memphis Depay having seen them denied victory in front of 9,394 fans at Estadio San Mamés.

Los Leones had initially gone ahead just after the restart when Inigo Martinez nestled a glancing header past Neto, thus ending a run of four matches without a goal for the hosts.

Just as they did in the season opening stalemate against Elche, Athletic Club once again opted for a front two pairing iof Inaki Williams (initially a winger) and Oihan Sancet (a young central midfielder by trade). Both were supported by Iker Muniain and Alex Berenguer from the wings, whilst Unai Vencedor and Dani Garcia offered protection as the double pivot.

Veteran Raul Garcia at 35-years-old was the striker option called upon from the bench, however given his age it remains to be seen what significant part, if any, he will play this season. He has notched 204 league appearances and 56 goals since arriving from Atletico Madrid in 2015, although again it needs reminding that Garcia is also a central midfielder by trade.

Asier Villalibre is the only out-and-out striker in Athletic’s squad. He was called upon for the final 15mins against Elche on the opening day but ignored against Barcelona.

This first full season under Marcelino was always going to be a testing one for Athletic Club having scaled rather lofty heights last season by winning the Supercopa de España and finishing runners-up in the Copa del Rey. Nevertheless Marcelino himself is a very ambitious manager and he will most certainly expect a league improvement over the course of the 2021/22 campaign having seen them finish mid-table last season with a lowly total of 46 points.

Yet to see improvement over a 38-game La Liga season would require consistency in performance and an improvement on the 46 goals they accumulated last season.

Therefore which attacking players needs to step it up in to see Athletic Club push on in the league under Marcelino?

Williams has been heralded as Athletic Club’s next saviour since hitting the scene back in 2014/15. However, now at 27-years-old and having appeared in each and every La Liga match over the past five seasons, the time has come to push on and make a real name for himself.

Having scored 13 goals in 2018/19, he has since only notched six La Liga goals in each of the last two seasons. This total will require improvement if both himself and the club are to improve on last season.

Whether from the right, left or centrally, the onus is now very much on Inaki Williams to spearhead the club onto greater heights. He always had the scintillating pace and dribbling ability but now he also has the experience to match his talents. Can he push on with his beloved Los Leones in the league as he did in last season’s Supercopa de España?

Having burst on to the scene nearly a decade ago as the then young star of Marcelo Bielsa’s Athletic side who took Europe on an amazing ride, Muniain will certainly go down as one of the club’s all-time greats having since accumulated 351 appearances in La Liga.

However, having never reached double figures for goals and never assisted more than four goals in a league season – with only five goals and three assists coming last season – it does leave a slight taste of what might have been for Muniain’s Athletic career.

Injury issues have certainly hampered him at times but there is no denying the fact that a season best league total of seven goals is disappointing for a player with such clear talent.

Whilst occupying a wide-playmaker role under Marcelino he will need to seriously step-up both his goals and assists ratio if Athletic Club are to progress from mid-table underperformers to European challengers in La Liga.

As previously mentioned, Villalibre is the only recognised striker in the Athletic Club squad. At 23-years-old he will expect to push on this season and attempt to tie down one of Marcelino’s two striker spots in his preferred 4-4-2.

Having progressed through the ranks, Villalibre’s scoring record has been sporadic at best with only seven La Liga goals since scoring an impressive 23 goals in 17 appearances for Bilbao Athletic in Segunda Division B – Grupo II in 2018/19.

A run of games in his favoured position would certainly help matters. That would go a long way to confirming whether he prefers to be Athletic’s in-house trumpet player or their heavily relied-upon goalscorer for the next decade.

One to watch: Nico Serrano

At 18-years-old Serrano has never competitively made it on to the pitch in an Athletic Club shirt. However, having made it into the matchday squad against both Elche and Barcelona it certainly won’t be long until he makes his debut for Los Leones.

Serrano is very highly-rated at Estadio San Mamés with much expected of him. He is known as a determined individual and prefers to operate off the left-wing whilst also being an adept finisher.

Whilst it is certainly too early to say whether they can shape him into the next Aduriz, Zarra, Pichichi or Llorente, his progress is certainly worth keeping an eye on this season.